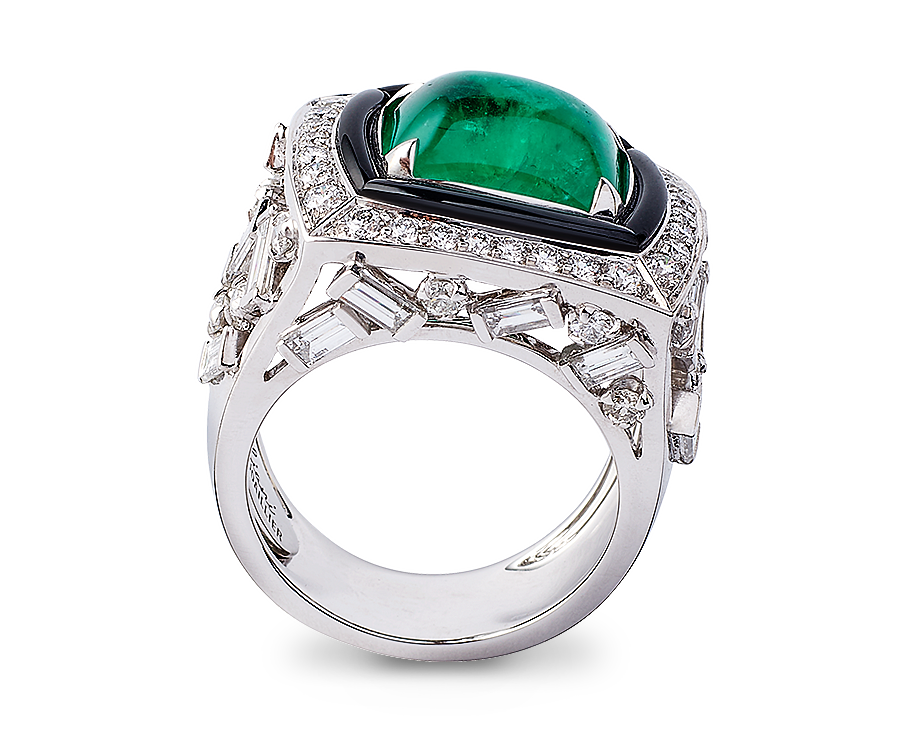 The highlighting of two artistic skills

Constantly in search of sharing, jeweler Dominique Giuliani met for the second time with the starred chef Benjamin Toursel in his restaurant, L'Auberge du Prieuré. Two creative minds come together, once again, to create a unique dish representing the Pantheon ring. Between raw elements and lush greens, the two men are deeply inspired. Precious materials and gourmet textures will meet, for a moment, to give way to an original "Haute Jo - Gastro" creation. 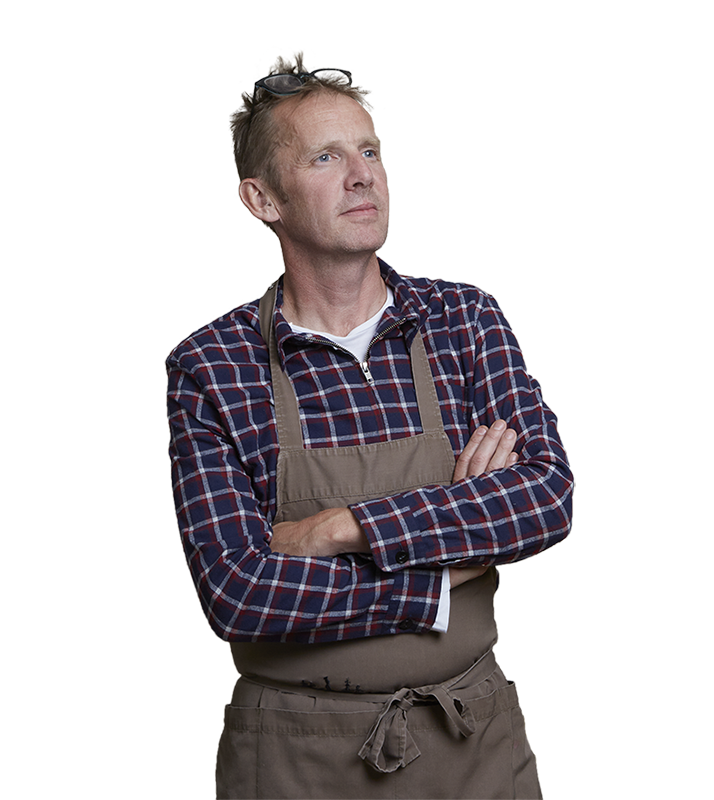 The recipe of the starred chef

Surely one of the most faithful plates to the jewel. It is by observing this fascinating piece of jewelry that Benjamin Toursel feels and perceives all its subtleties. Little by little, he builds his reflection: colors, transparency, structure, each detail is meticulously thought. In order to counter the massive side of the Pantheon ring, the chef honors fresh and unctuous ingredients for a light result: 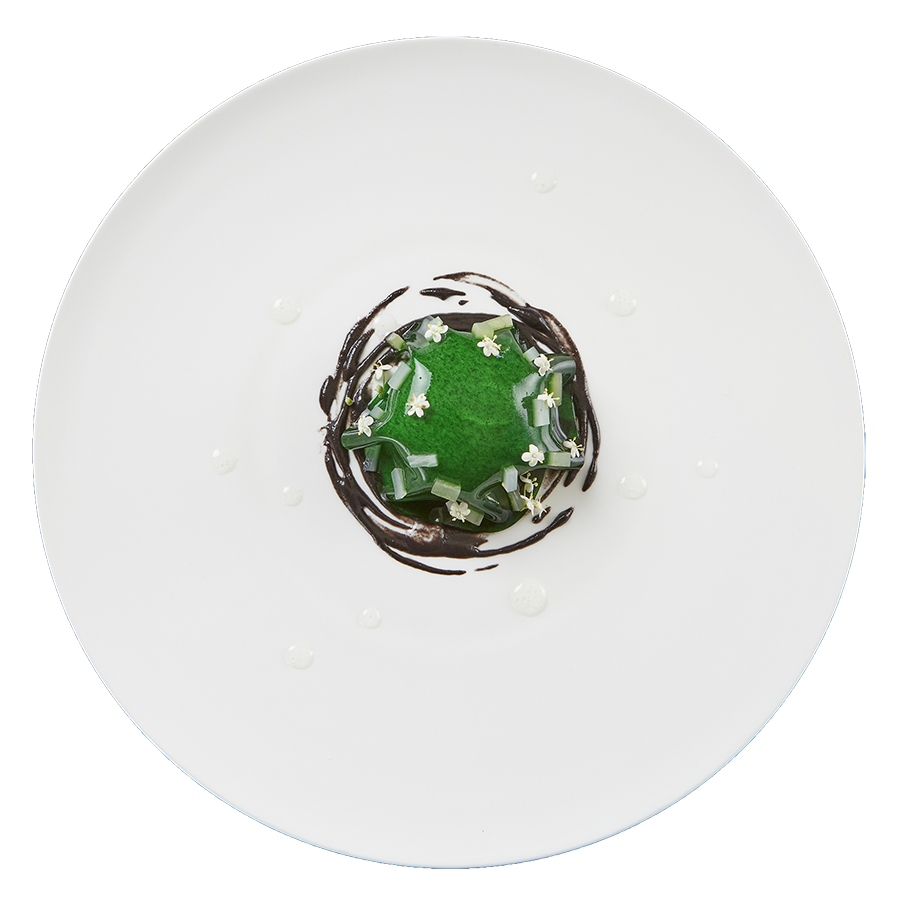 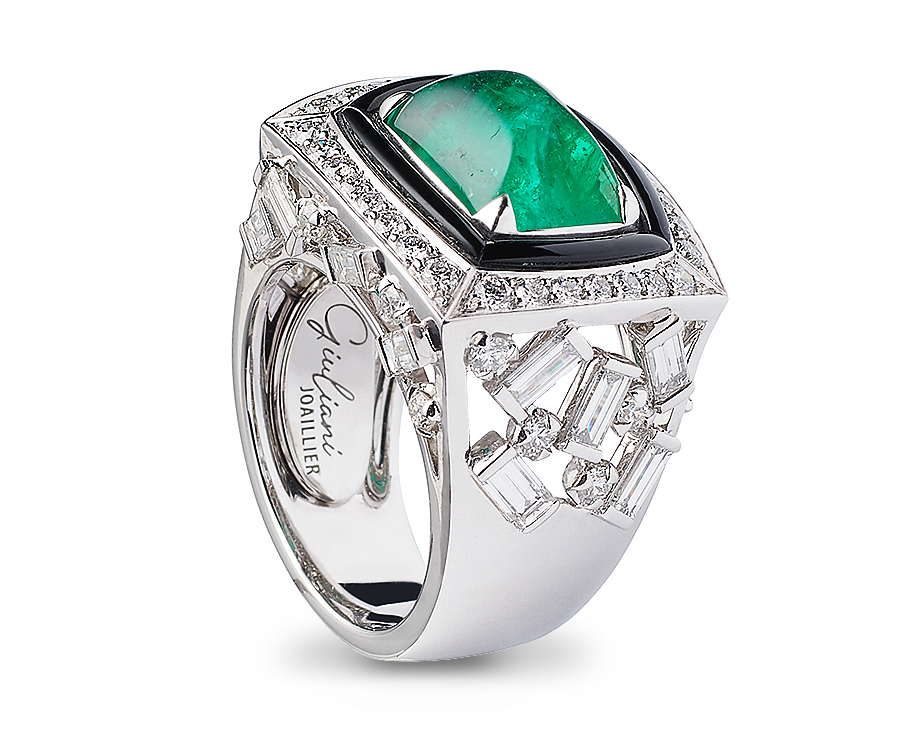 The jewel of the jeweller-artisan

Nuance and pastel intermingle in the Heracles ring, to guide us to our fabulous destiny.

Majestic in both its beauty and its colors, this piece of jewelry symbolizes the god Heracles and his journey of twelve accomplishments. Through his strength, he guides us through the intertwined paths of life, to make us live an intense adventure.

Designed by the jeweler Dominique Giuliani, this jewel offers an impressive Kunzite, which charms sensitive souls with its pinkish pallor. This jewel is accompanied by two mint green tourmalines, proudly bordered by interlacing diamonds. The fluidity of the golden curves invites us to join this fabulous odyssey. 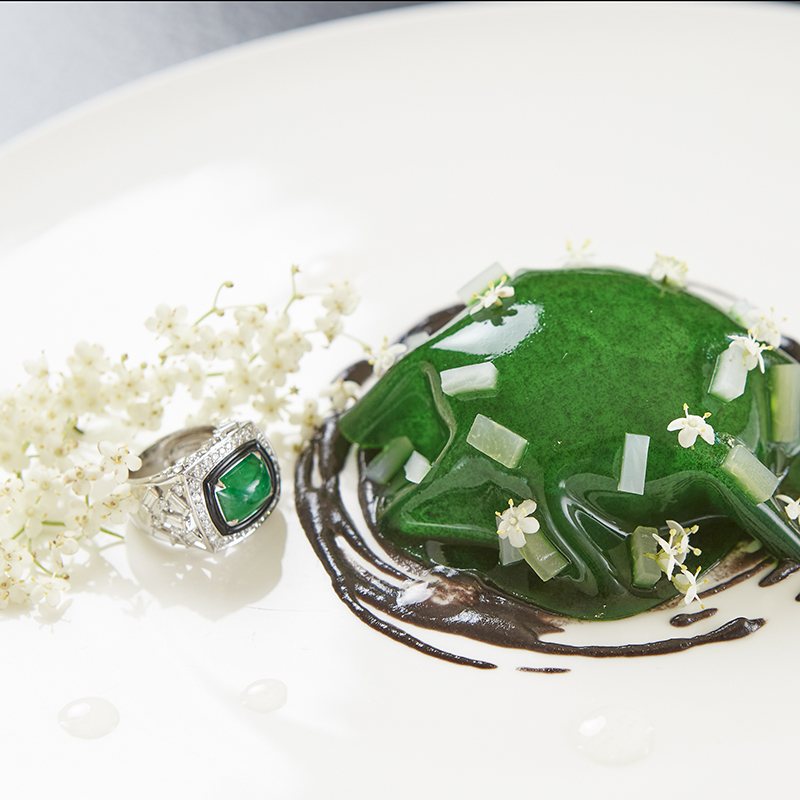 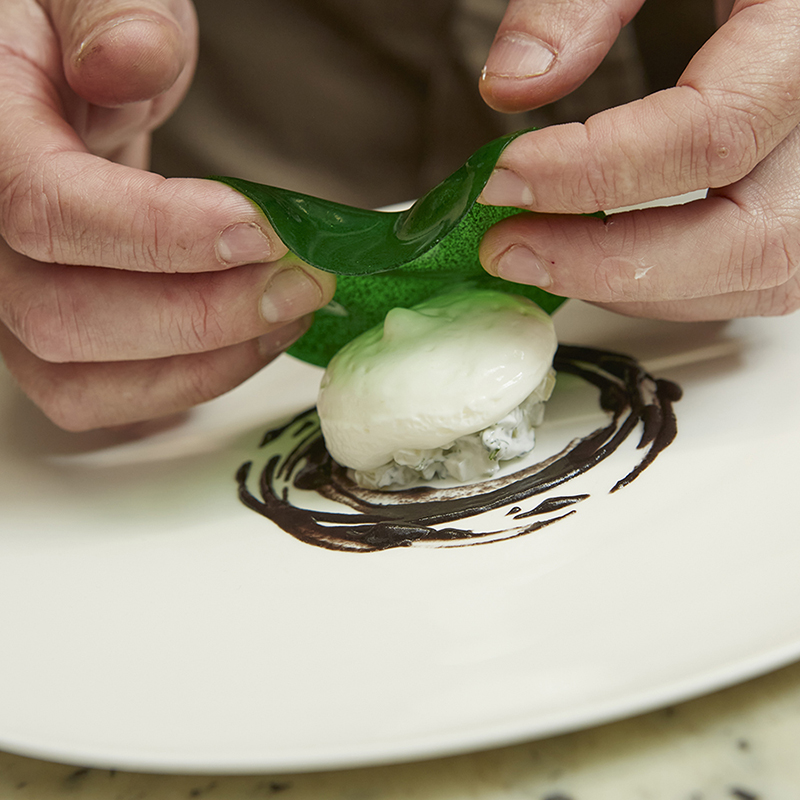 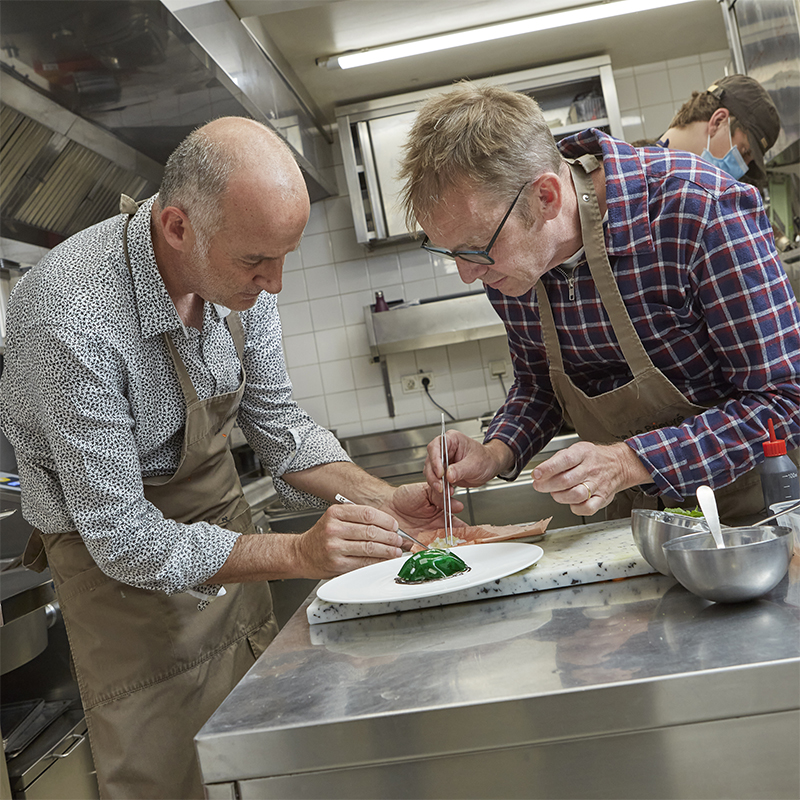 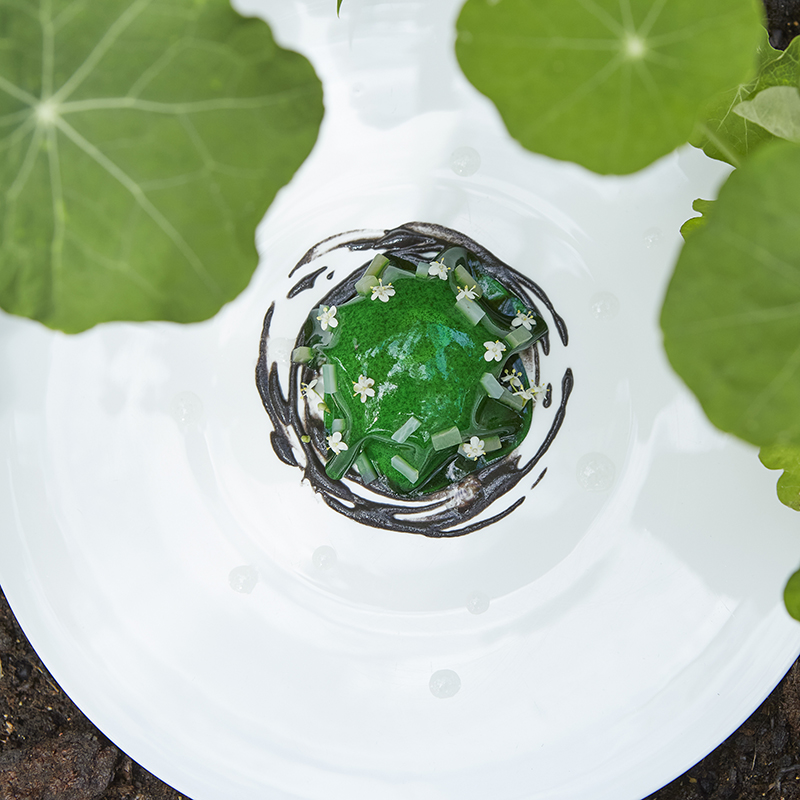 The jeweller-artisan and the starred chef

The meeting of two sensitive and creative minds.

Born into a family of epicureans, Benjamin Toursel was not destined for the kitchen. It is by attempting the hotel school that this revelation comes to him and that he finds his way. The spirit of sharing, the enhancement of ingredients and the emotions that cooking brings, confirm his career choice. For the past eight years, this chef, with great sensitivity, has settled in Moirax, halfway between Bordeaux and Toulouse, in his restaurant Auberge Le Prieuré, where he cooks with passion surrounded by his young team.

When Benjamin Toursel met Dominique Giuliani, he was immediately fascinated by the obvious similarities between the two creative worlds of jewelry and gastronomy. The artisan jeweler offered to Benjamin Toursel to be the new chef of the second edition of the Brillant Encounters and he accepted without hesitation this unprecedented proposal.

During this Brillant Encounter, the chef challenges himself and gives free rein to his imagination. He seeks to detach himself from the structure of the jewel while rediscovering the power of the stones' colors. He takes care to select seasonal ingredients as one would choose to wear a piece of jewelry according to a time of year. The two men work together to elaborate a plate with such a revealing finesse and sensitivity.

This encounter is as obvious as the parallel between the two skills. Inhabited by the same values of sharing, the jeweler and the starred chef realize the common passion that drives them. It is through their creations that they talk about themselves and their past experiences.

Find in the magazine Dreams n°86, an article about the Brilliants Encounters by Giuliani Joaillier. Discover the three dishes of this second edition. 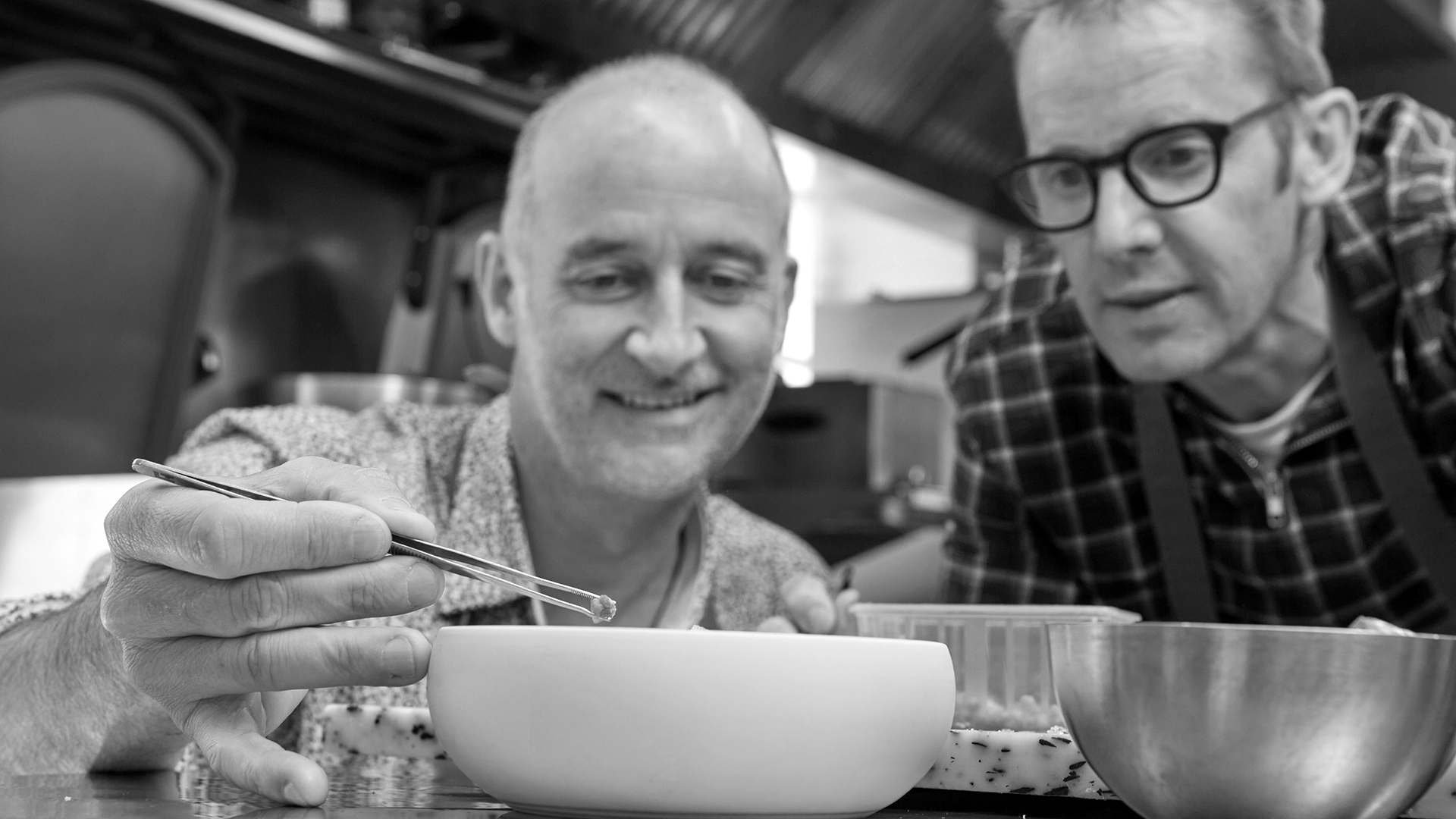 Sensitivity, vivacity and lightness are the master words of this third meeting between Dominique Giuliani and Benjamin Toursel.... 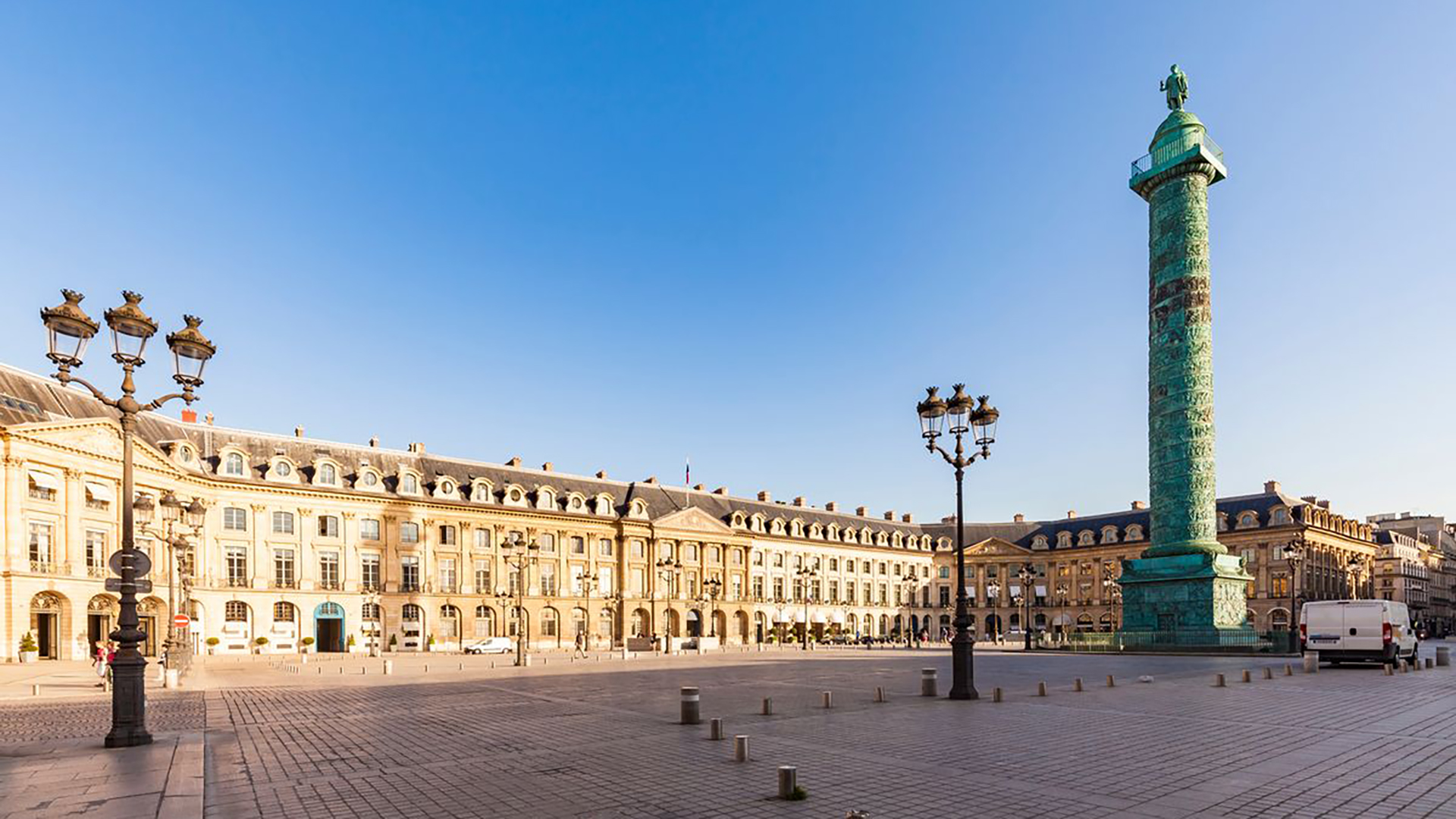 The Giuliani Joaillier jewelry collection was present at the Fashion Paris Jewels and Watches show which took place in September 2021, Place Vendôme.

We use cookies to ensure you get the best experience on our site.
If you decline, your information will not be tracked when you visit this site. A single cookie will be used in your browser to remember your preference not to be tracked.
To find out more, see our legal notices..